The newly restored Watts Gallery showcases the work of artist G. F. WATTS. There is also work by his wife MARY WATTS, though that is best seen at the Watts Chapel a short walk from the Gallery. I found material for 3 of my Themes – sundials, mazes** and (stretching the definition somewhat) ‘stone’ marks. Here are examples in the first two categories; I’ll leave the remarkable terracotta gravestones (and their lettering) for another time.

An ususual sundial, now kept inside the Gallery 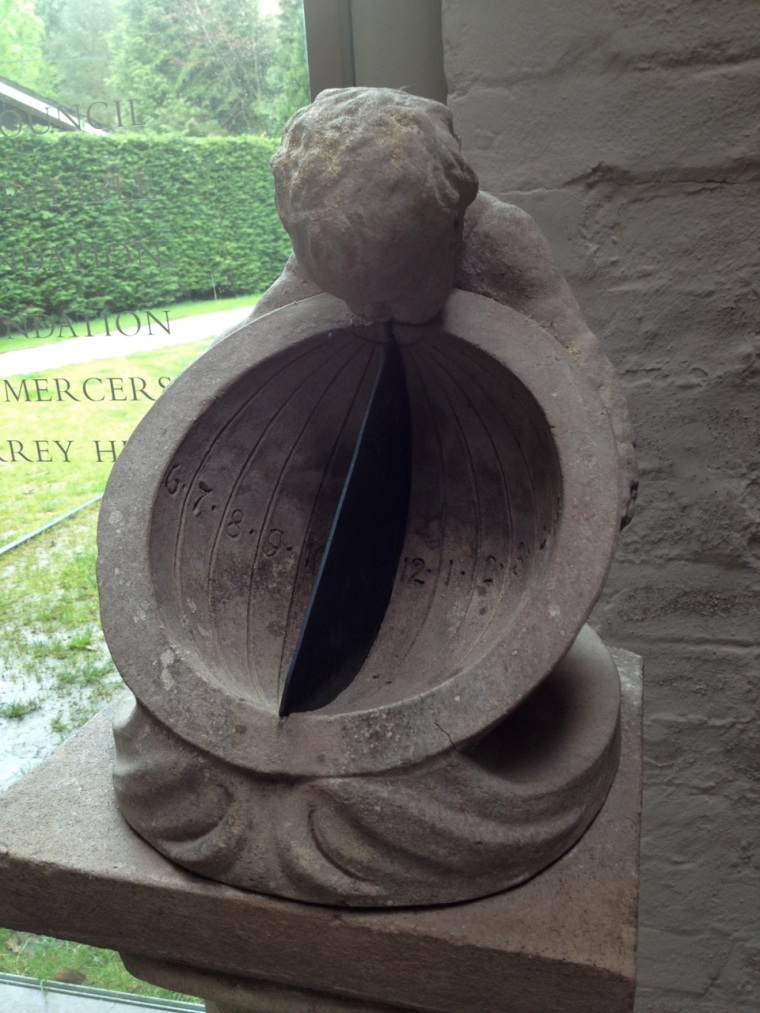 ‘MAZES’ [**in fact LABYRINTHS] AT COMPTON

These apparent mazes are, as Ellen has rightly pointed out in her comment, strictly-speaking labyrinths. The distinction is this:

MAZES provide multiple paths with only one “correct” one

LABYRINTHS which provide a single path to the centre. Here, you should follow the raised rather than the recessed paths to understand how the labyrinth works

A  labyrinth on the altar front in the Watts Chapel

Terracotta Angel holding a labyrinth outside the Chapel, among other elaborate ornamentation 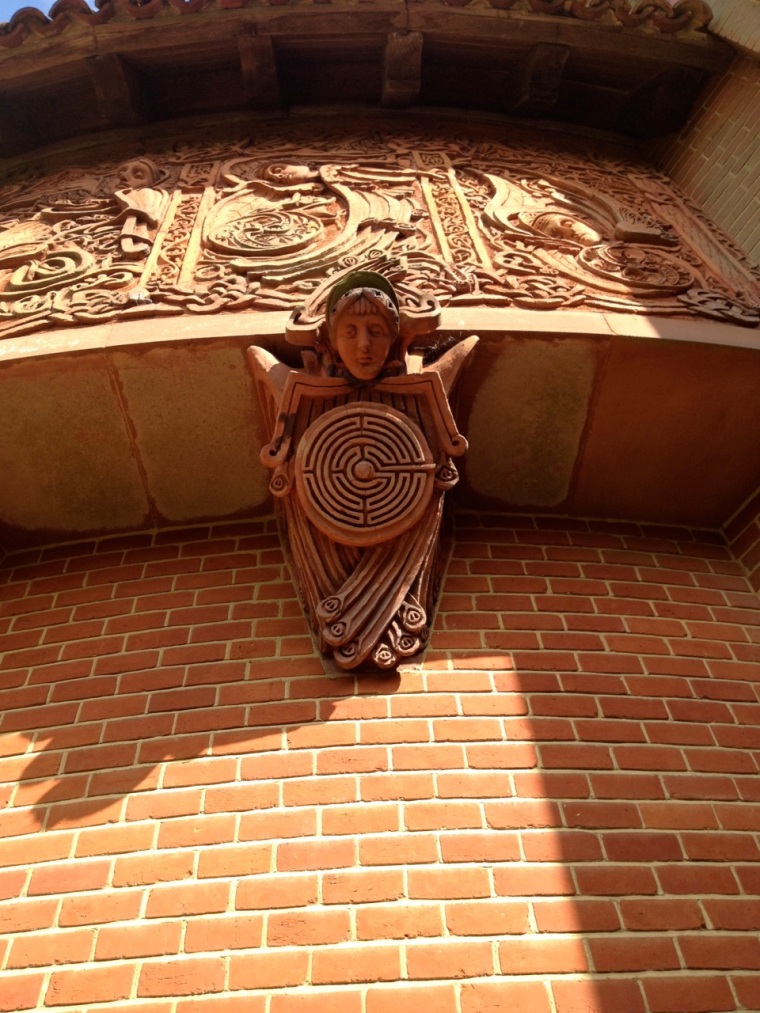 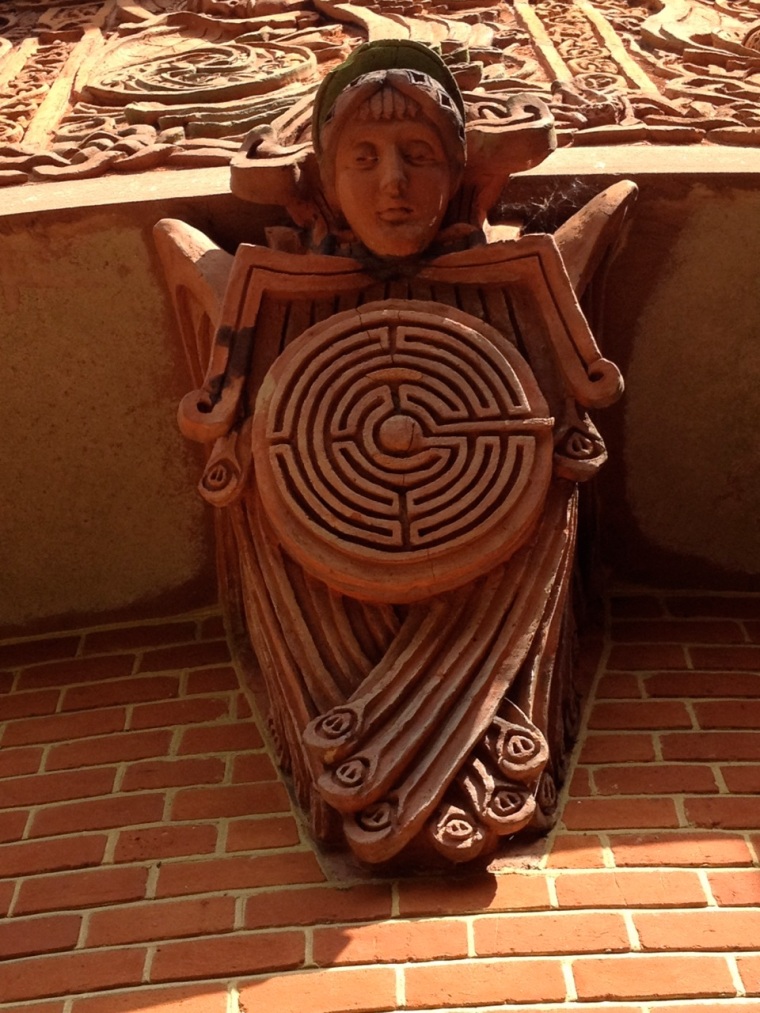