During a recent short trip to Dublin, we hired a car for a day to explore the Wicklow Mountains and to visit Russborough House in Co. Wicklow. This wonderful country estate has a fabulous collection of paintings and furniture – and has been the location for some spectacular burglaries. One was by Bridget Rose Dugdale, for example, for those with long memories. It is also home to the National Birds of Prey Centre of Ireland, which we had time to visit briefly.

I took some photos of several uncaged birds that were tethered out in the open. Many were, or at least looked, familiar. They were unlabelled and when I came to check IDs later, including on the centre’s website, some of them didn’t add up. Eye-colours were wrong. Facial and frontal markings were unusual. And so on. 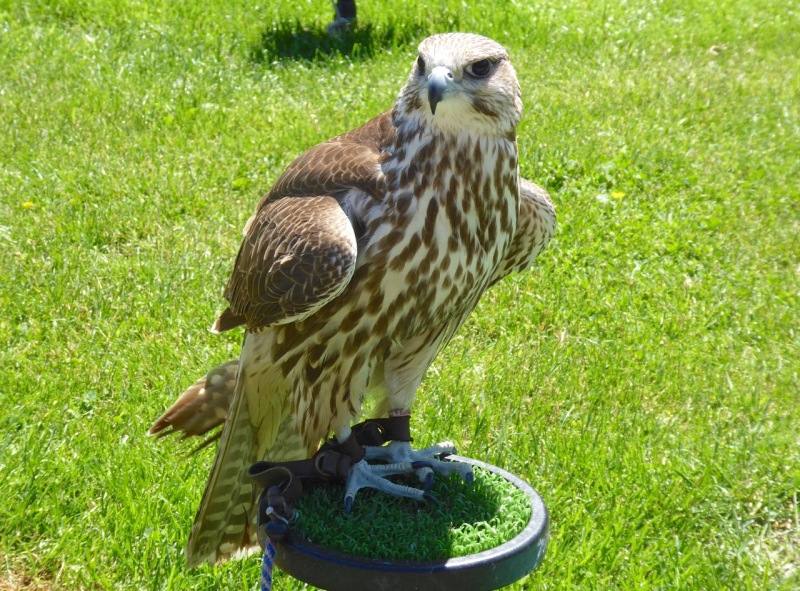 I emailed some low-res imaged to the centre, and they quickly explained the reason: we had been looking at hybrids. This post shows one example, a juvenile female gyrfalcon crossed with a saker falcon. Here are wiki pics of each of the pure-bred birds. 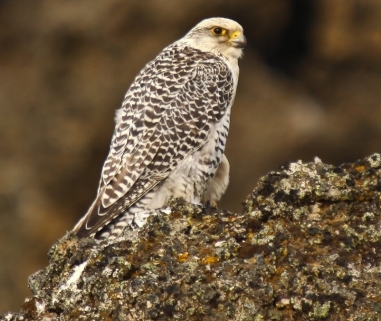 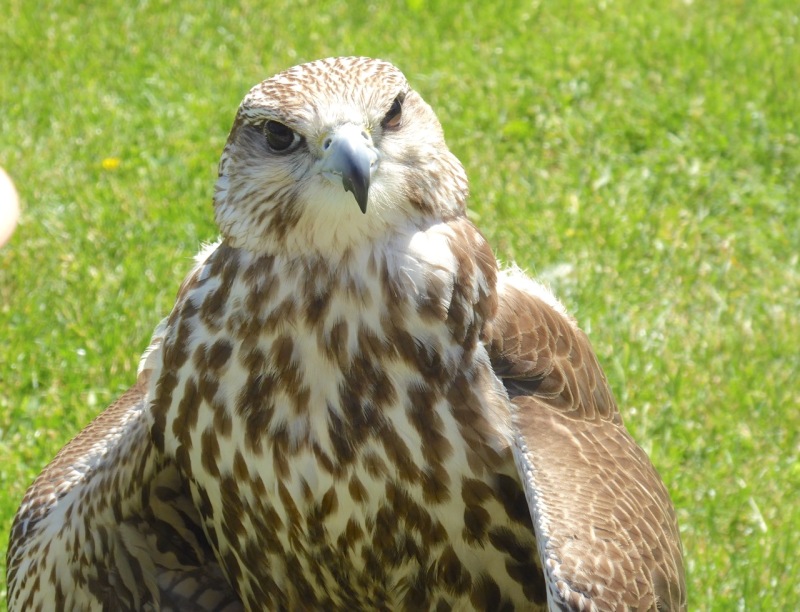