Milton Abbey, more properly called ‘The Abbey Church of St Mary, St Sansom and St Bradwalader*’, is a former Benedictine monastery founded in c10. The present building dates from the c14 and c15. The Abbey, with a post-reformation country house attached where the monastic buildings used to be, is now a school.

The Church building consists of the tower, transepts and choir. The nave is entirely absent, not as the result of the reformation’s destructive zeal (though that may account for the absence of statues in the empty interior niches). In fact, the nave was never built. The blank arch on the ‘front’ side (below) indictes how huge the nave – and the completed edifice –  would have been. 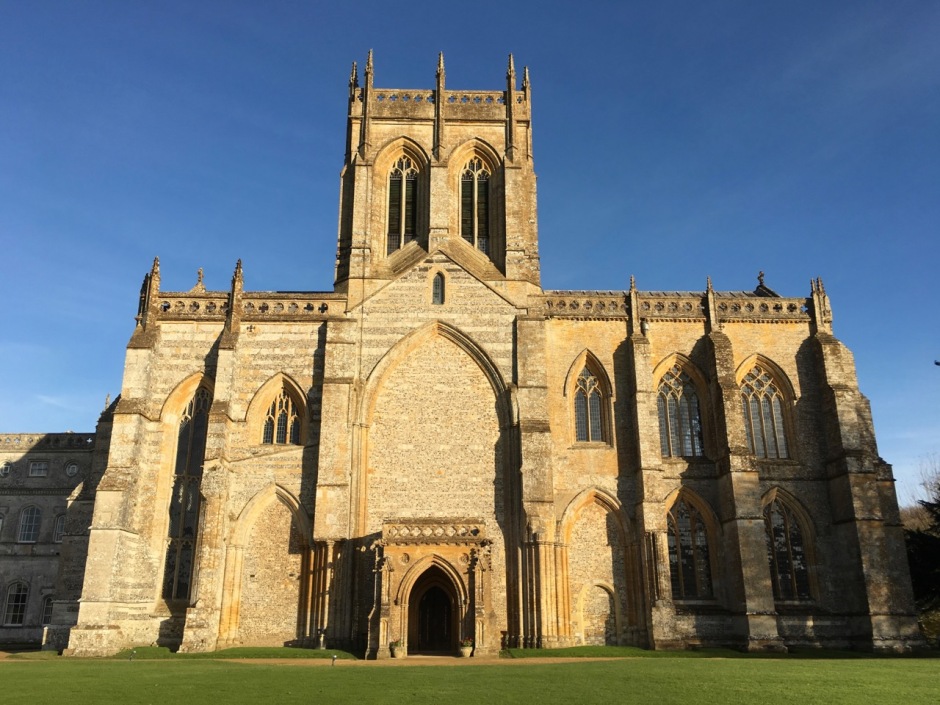 The country house / school buildings are to the left side of the Abbey. This isn’t the place to detail the comings and goings of the various families who lived there, but it’s all on Wiki and also in an exhaustive entry in the Dorset ‘Pevsner’ – or in more technical detail HERE 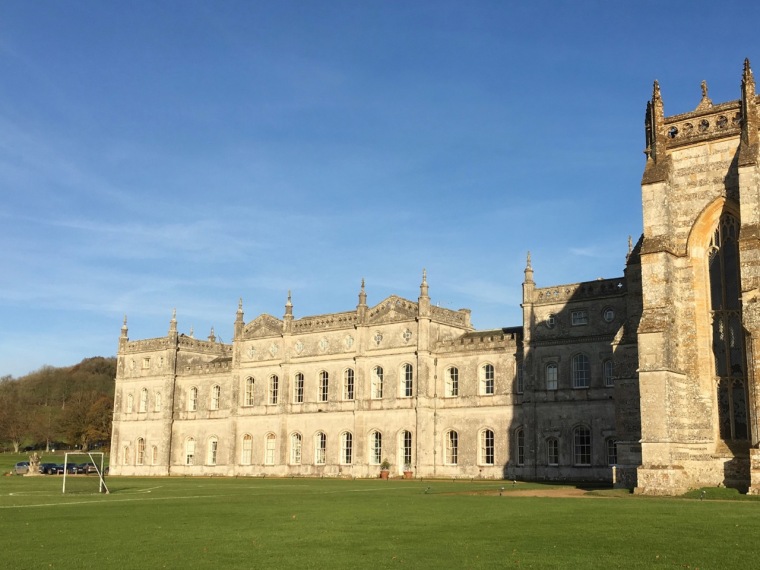 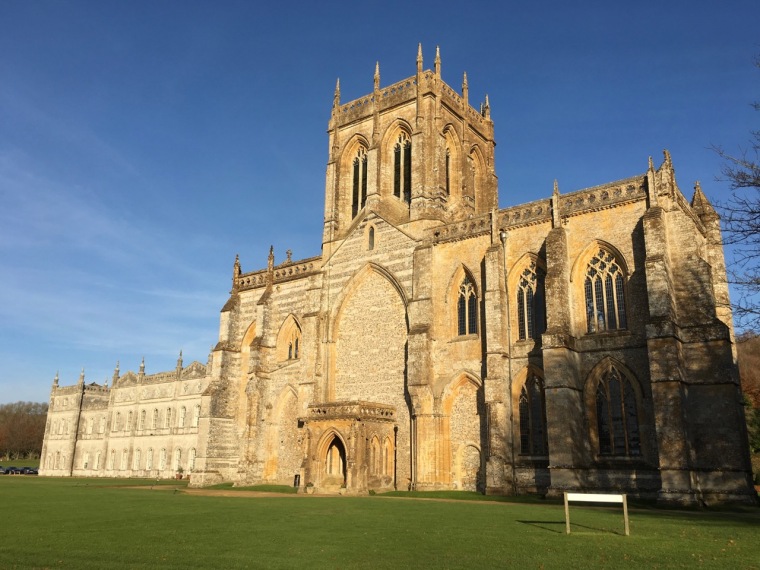 We enjoyed a c15 pun high on a wall inside the Church. The date shown on the device looks at first sight to be 1618, but is in fact 1514. Medieval numbering was not formed in quite the way we are familiar with now. The W stands for Abbot William of Middleton (the original town name, shortened to Milton), with his rebus, a mill on top of a tun. 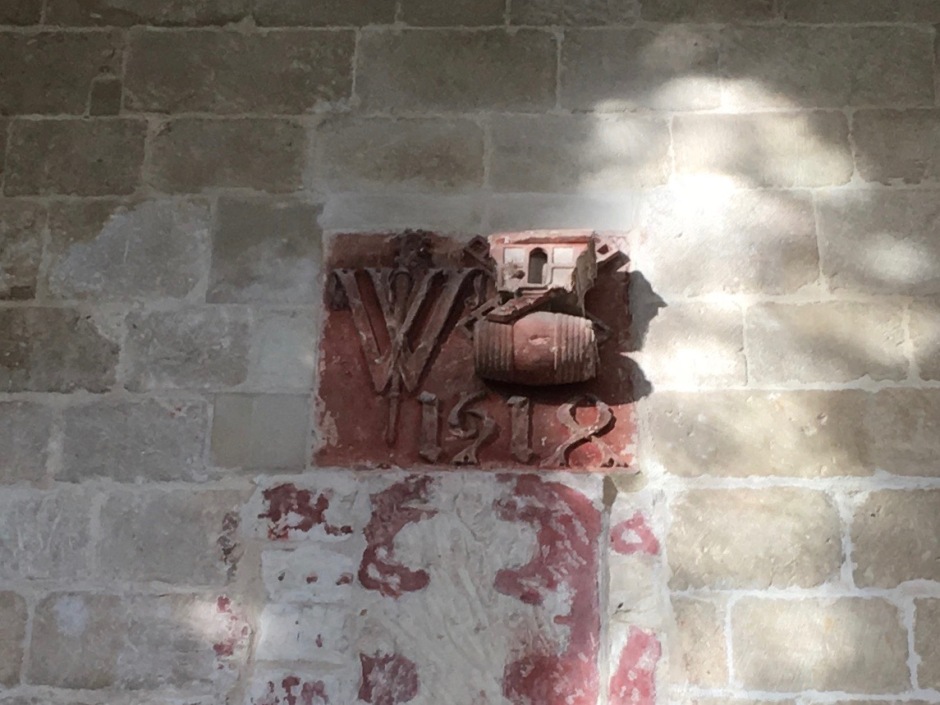 Close to the Church, there is a small stone circle about which I became quite excited. Sadly, a complete lack of mention of this circle in any historical context suggests that it is a modern imposter, perhaps related to a school project. But it’s pretty convincing!

*Me neither. And online research doesn’t disclose much about St Bradwalader. Or indeed anything at all.