Mapperton House in Dorset  is not hard to find, but it is somewhat off the beaten track near Beaminster. In the recent film Far from the Madding Crowd the fine manor house, which dates from the c16, became the farm inherited by Bathsheba Everdene. We planned to see the film the weekend it came out, and spent the morning at Mapperton to get into a Hardyesque frame of mind. A form of ‘method’ film previewing, I suppose. It was a dull day, but here are some photos from our visit. And yes, we thought the film was wonderful, with ‘Bathsheba’ and ‘Gabriel’ excelling in particular… 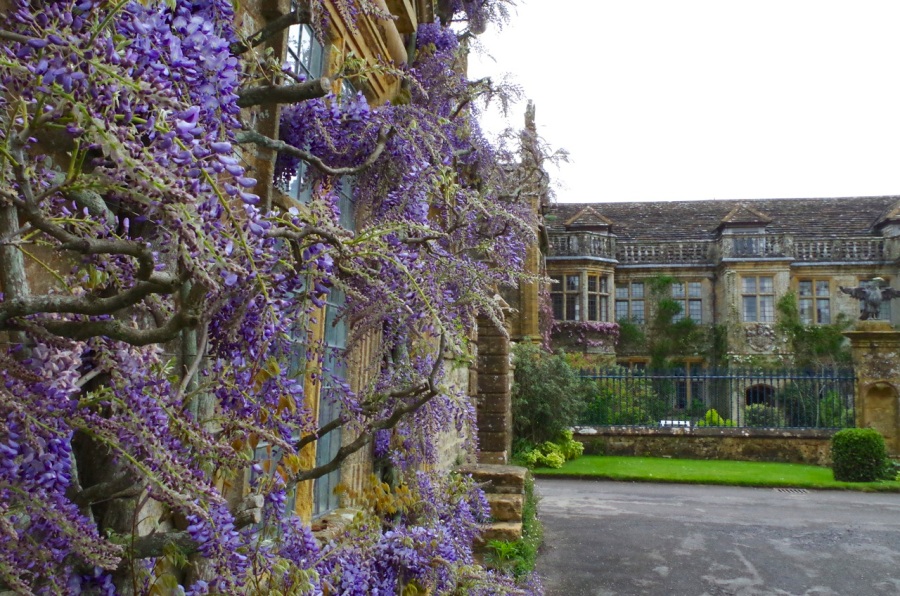 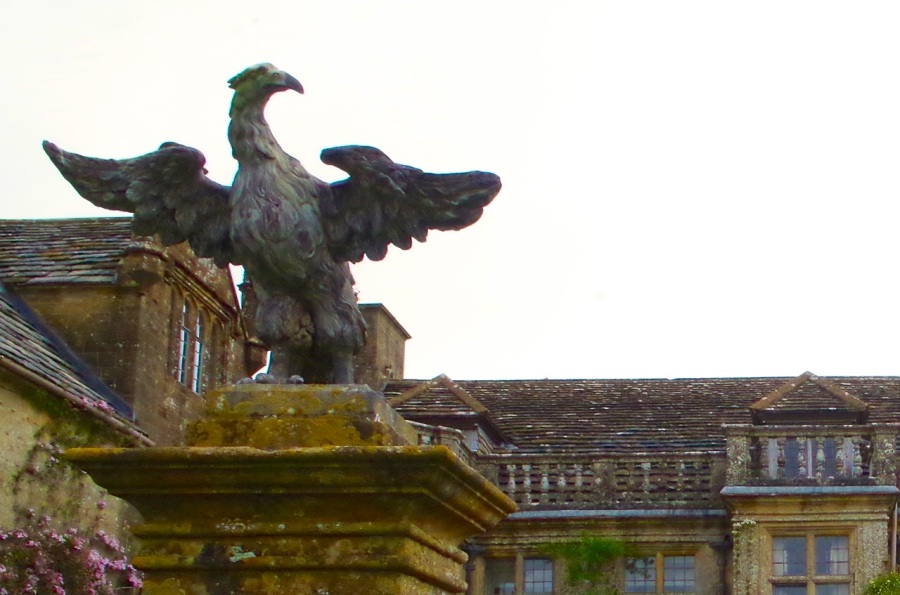 The later west front of the house

The back of the house, from the gardens 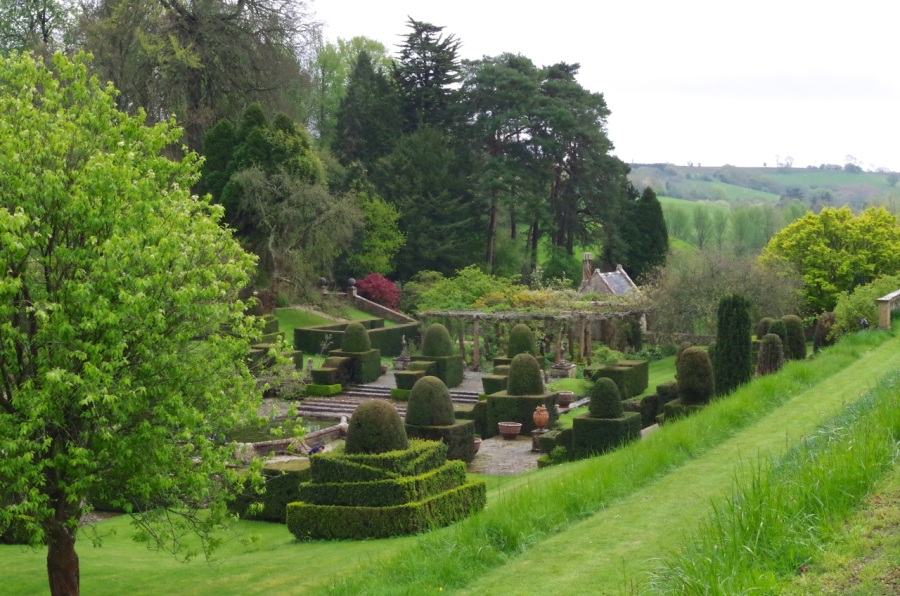 The sundial (base and column old, dial and gnomon new)

The stables and yard, as seen from the house in the film; and as they are

St Ambrose, with his hive and bees – one of several very good pieces of stained glass 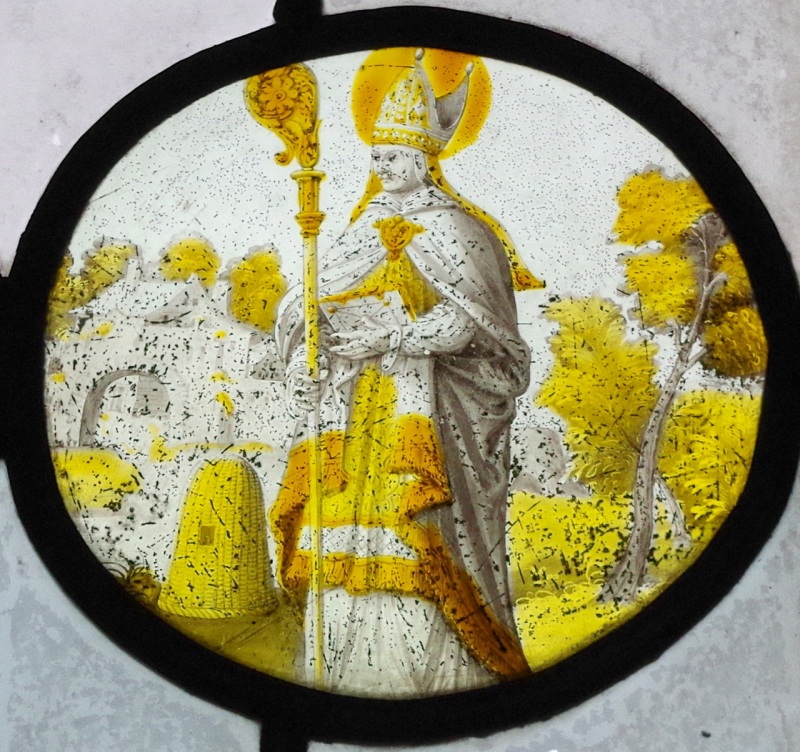 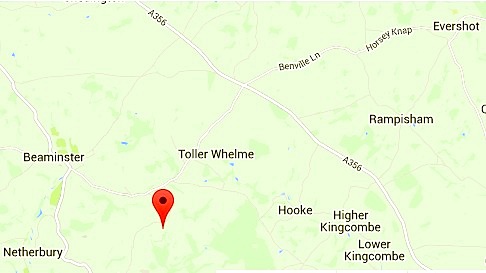