A flash of sunlight across the lake, and suddenly assorted wildfowl emerged from the half-gloom and showed their true colours. This pochard was closest so I seized the moment… 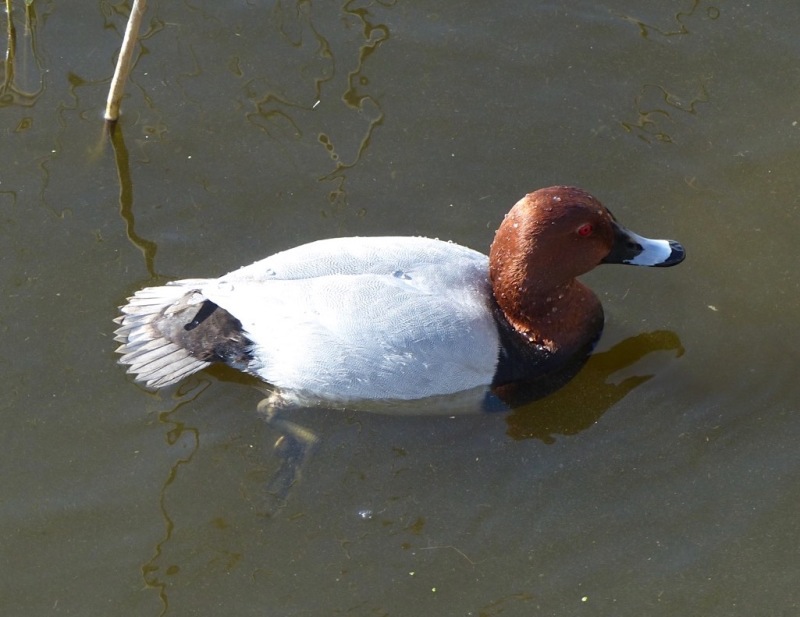 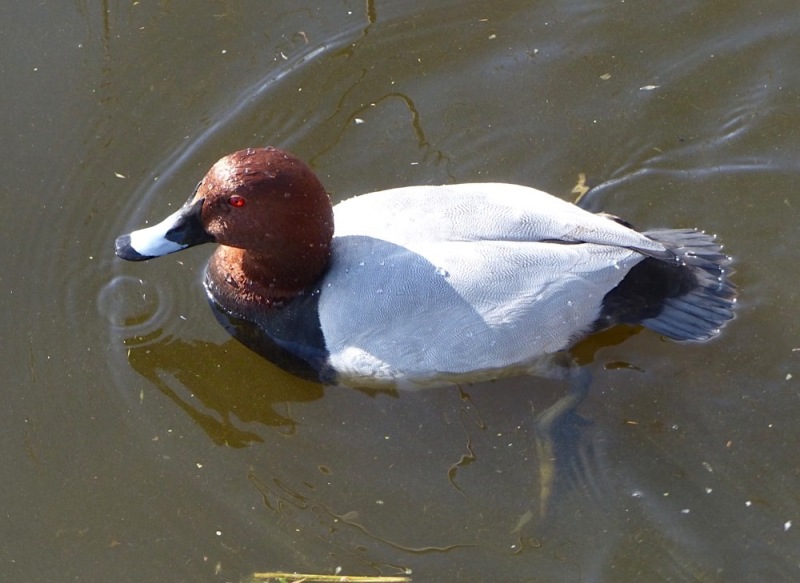 My attention levels to this blog have dropped from the insouciant to the negligent, and right down to the culpably neglectful. A prosecution for recklessly wasting precious space in the diminishing capacity of world’s supply of ether must surely be close. I have considered closing it down, but somewhere in the mix there are a few things that people obviously find interesting or useful; things I have researched and photographed in detail. Followers may be comparatively few, but the daily hit tally remain surprisingly high – whether I post anything or not. So for now, I’ll keep this running… But there’s only so much time in the day, and this blog is one project that takes a hit.

Our house provides nesting opportunities for sparrows on all sides. Somewhat ramshackle, with plenty of holes in the thick walls and under the eaves, it is perfect for the communal sparrow lifestyle. Every year we think of filling the holes, and then to decide not to. The sparrows do no harm. We’d miss them. Here are some chicks in the most easily accessible hole for photography. It is used every year, usually twice. An iPhone is best for the purpose because the flash is right next to the lens. 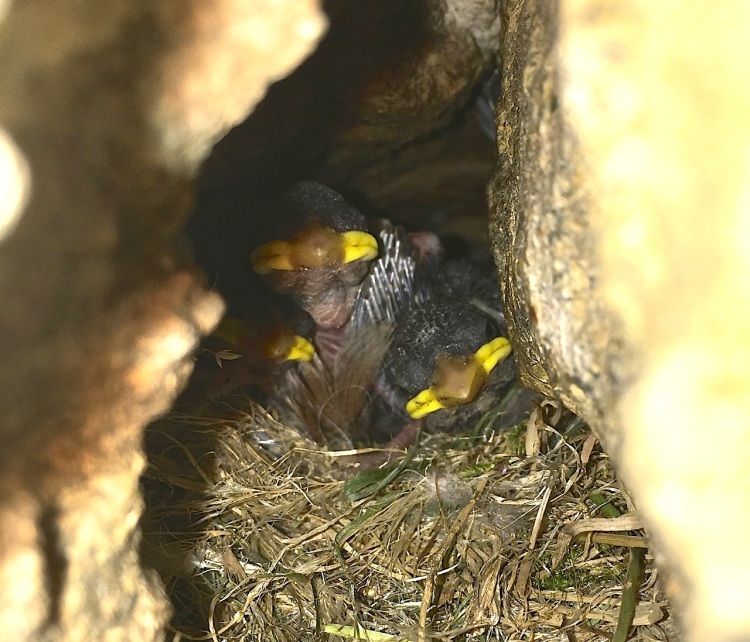 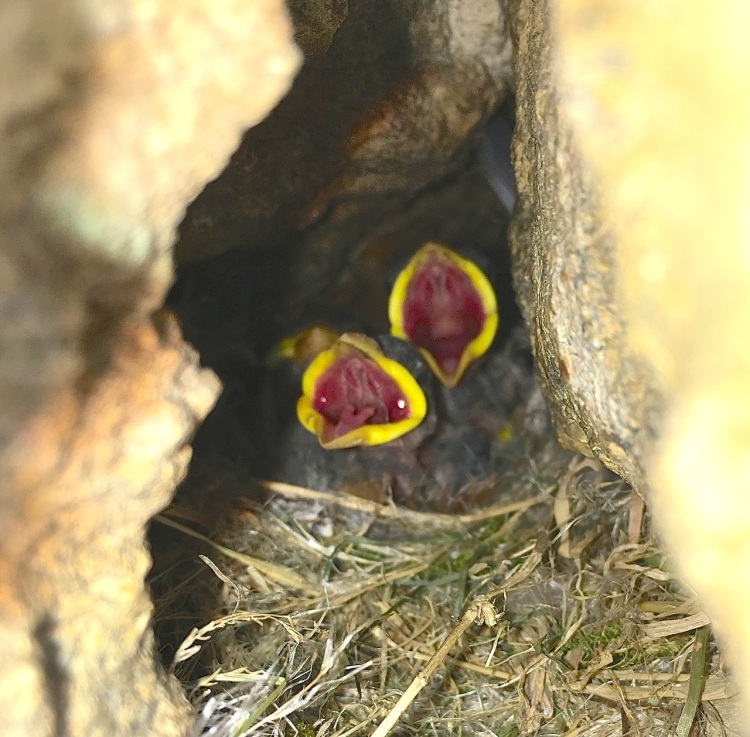 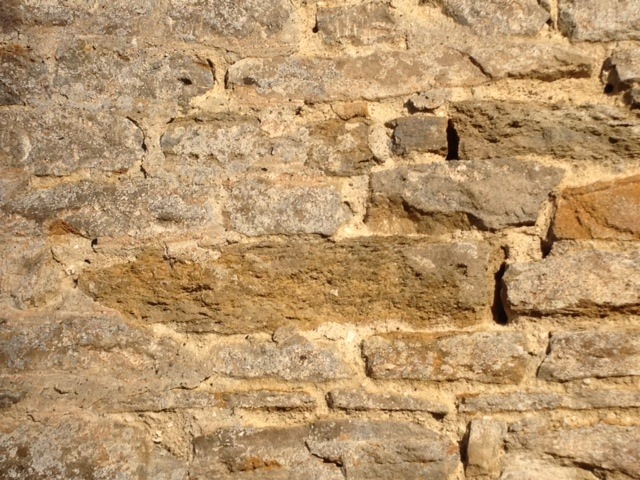 We saw the first few swallows of summer here in Dorset yesterday. Two singletons and a group of three. Their arrival is about a week earlier than usual. One swallow may not make a summer (though it works for eating an oyster), but since there were five of them, I reckon early summer is here.

We are lucky enough to have pied wagtails – usually just one pair – in the garden every year. They raised a family and for much of the summer there were 4 patrolling the roof ridge. Recently, prolific evening fly hatches have provided them with great sport as they hawk for the insects from the roof, fluttering briefly into action and returning to their perch. On some evenings they have been joined by up to 2 dozen other wagtails, and for half an hour at dusk they have looped and swooped round and round, eating on the wing. I wondered if there was a collective noun for wagtails to go with the charms, murmurations, murders and parliaments that other birds are awarded. The only one I found was in a jocular list by a determinedly downbeat birder, who applied the term ‘a permanent narcissism of wagtails’. 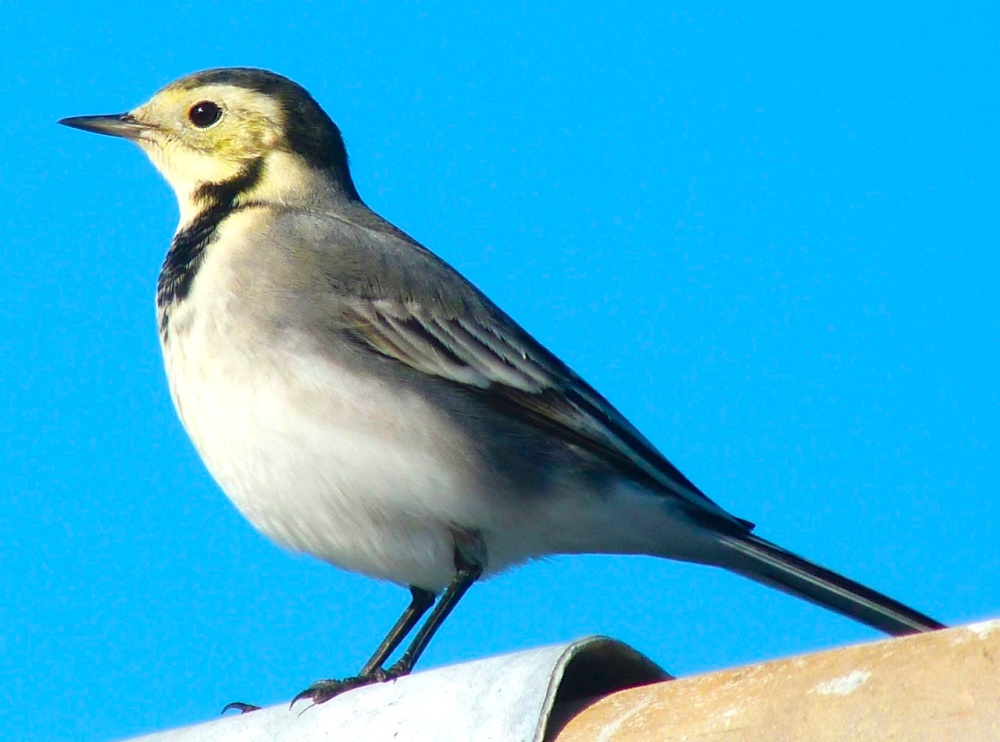 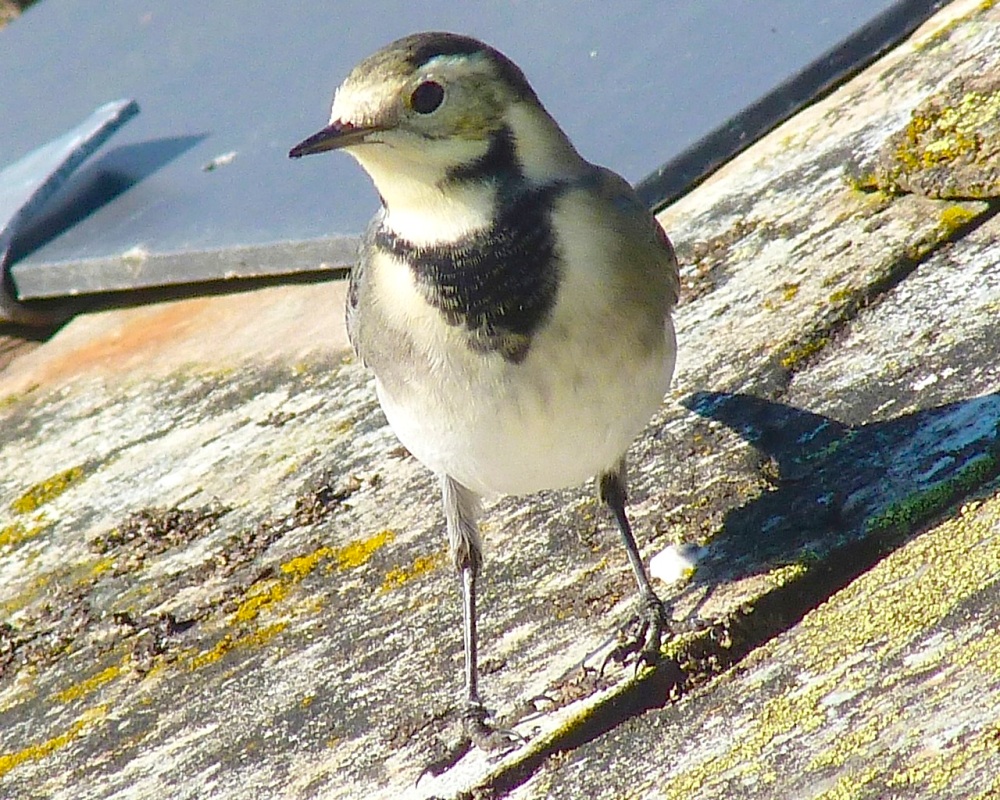 A collection of seagulls of various ages strutting their stuff on the beach at West Bay, Dorset 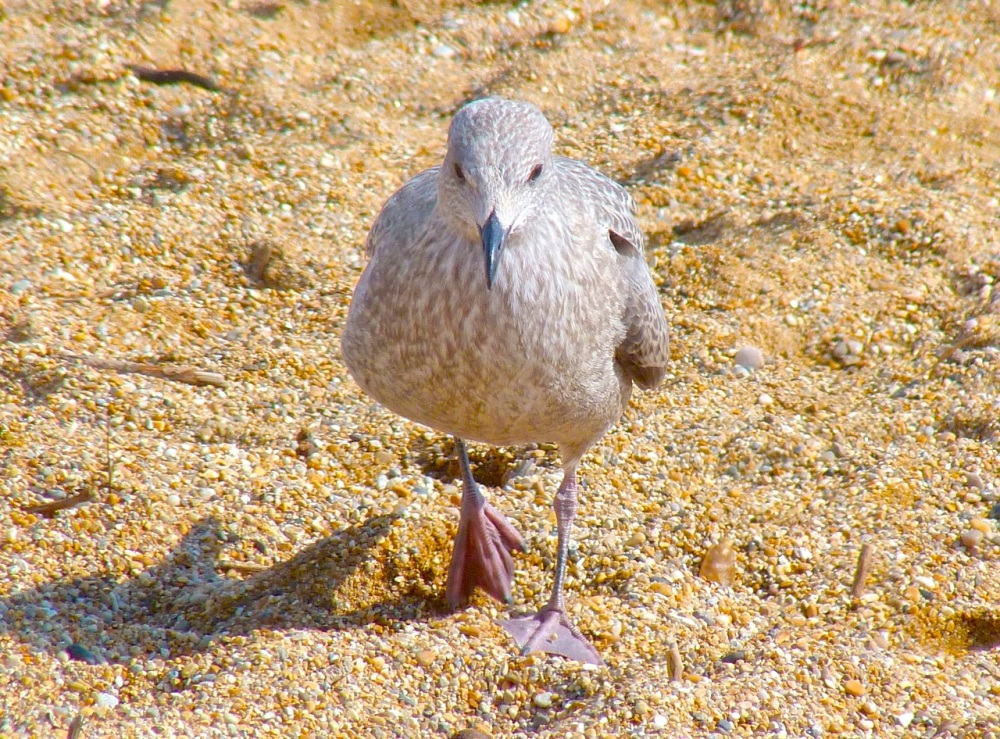 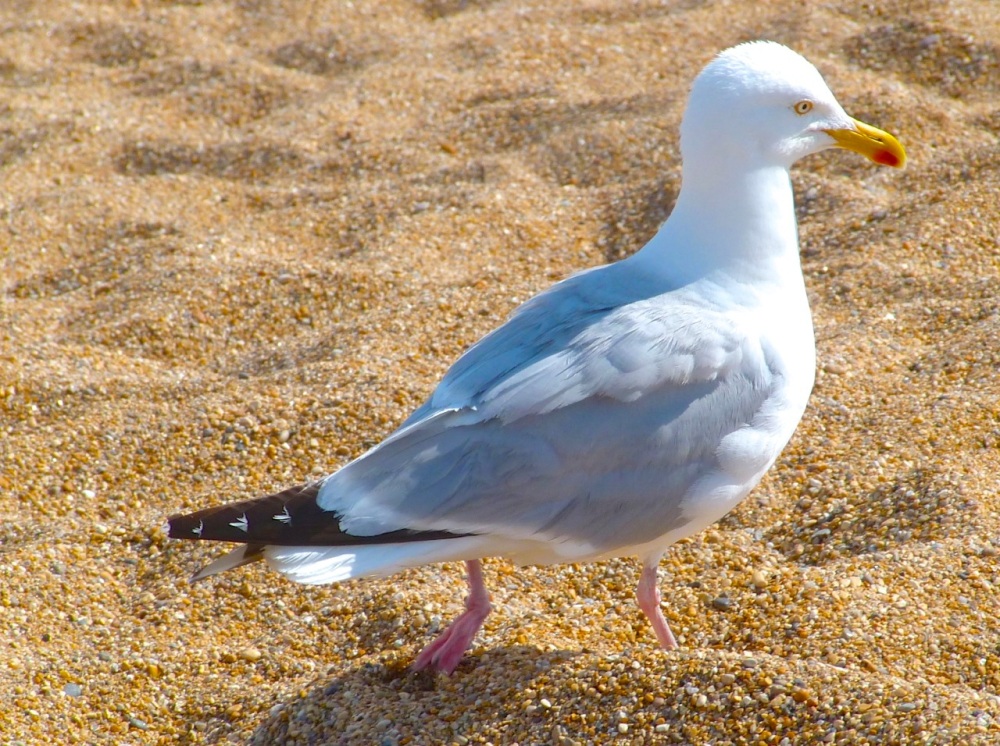 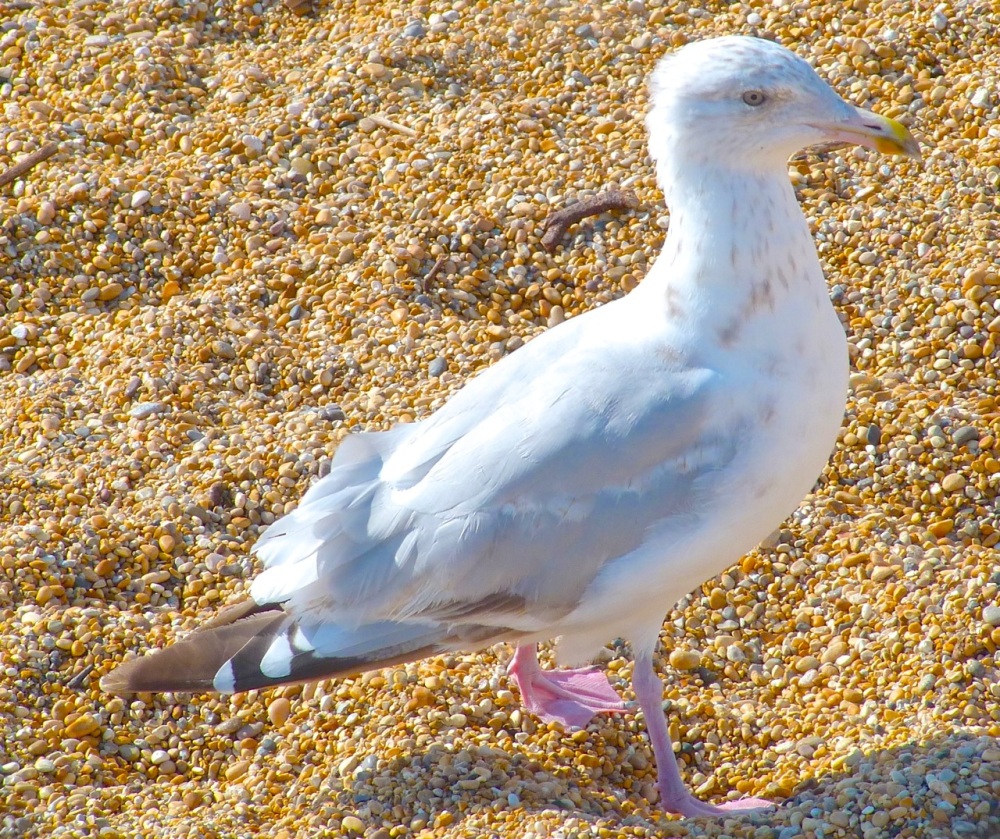 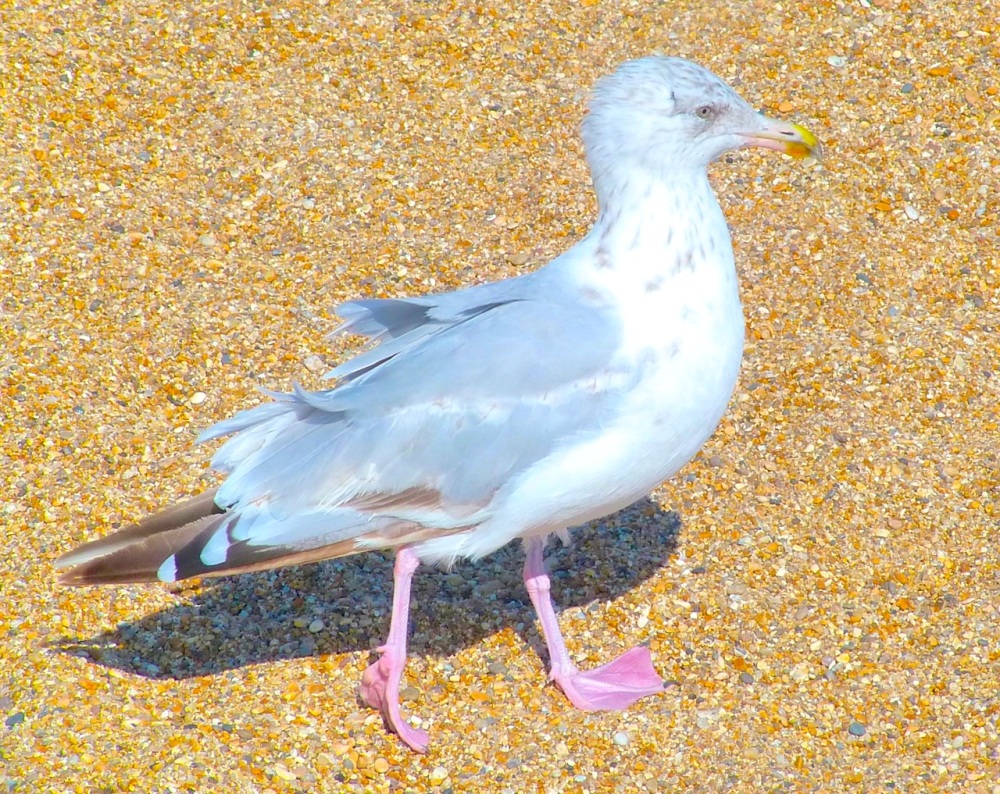 A few photos taken in July and August of swallows in Dorset. Our recently installed upgraded electricity cables are ridiculously large, but at least they provide a solid perch for the birds. The adult swallows shown are followed by a young trainee swallow nabbing a passing insect; and some cute fledglings including one (penultimate) who decides to call for its food the easy way – and the compliant parent… 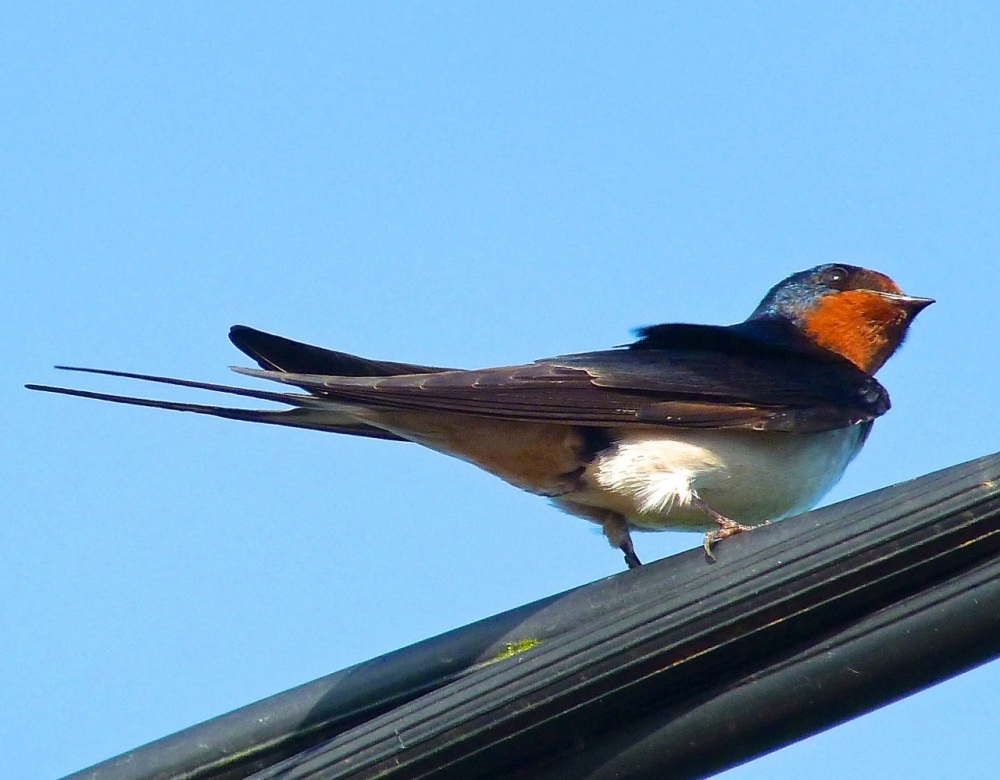 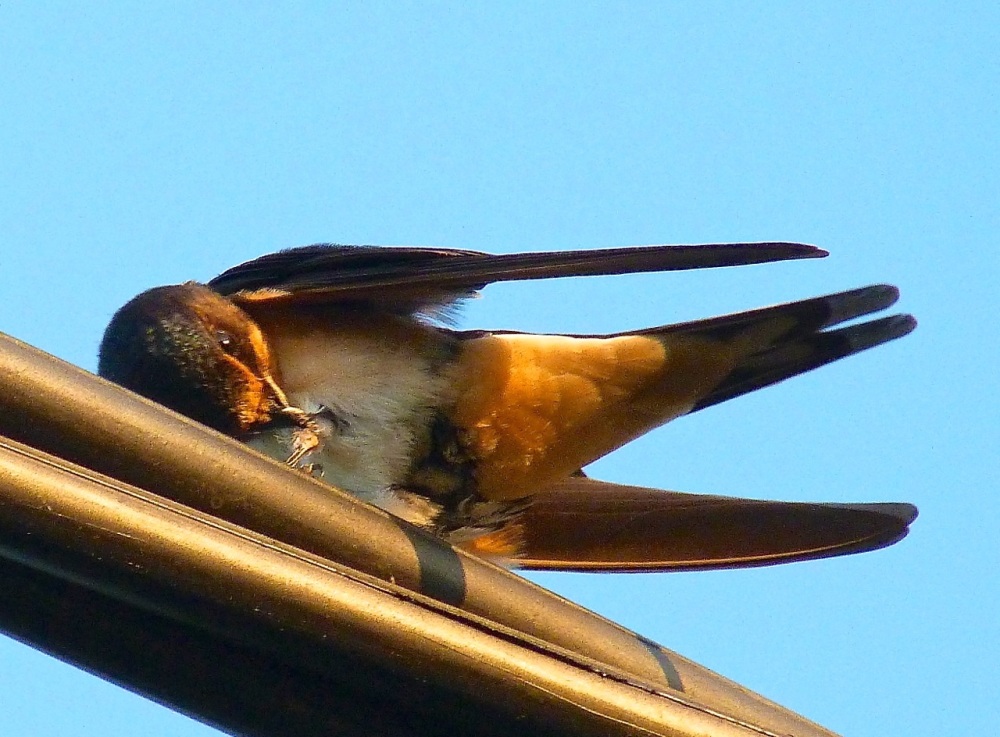 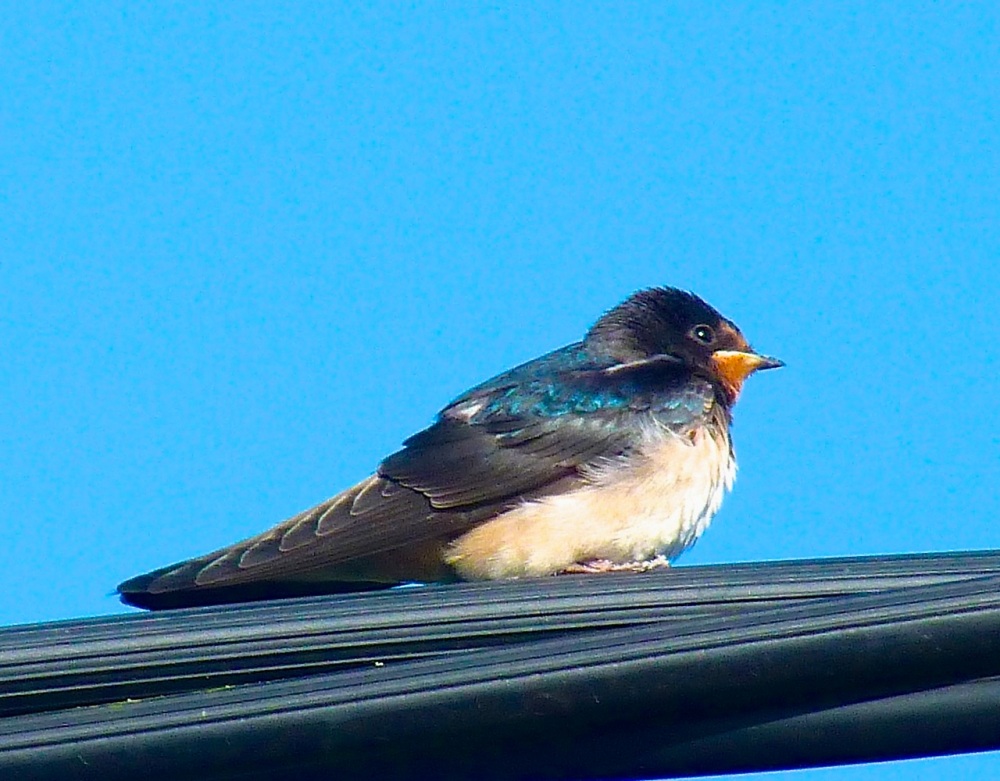 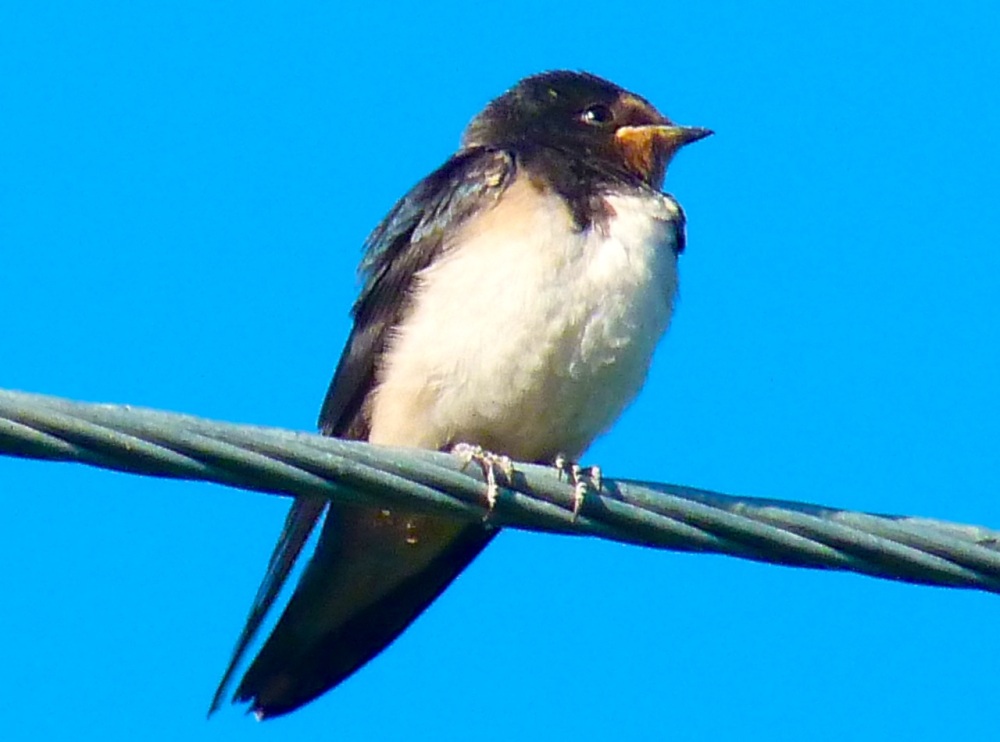 The first I knew was a light thump against the window as a newly fledged wren chick misjudged its landing on the windowsill. By the time I had grabbed a camera and gone outside, it was sitting happily on the ground, cheeping persistently. It was tiny, yet completely unconcerned by my inching towards it while fiddling with the camera. I fired off a few shots, then it fluttered ineptly to a 5-barred gate. There were other piping little calls around, so plainly there were others. In the end I saw 4 that had flown, and located the nest in the stable – I could hear the plaintive peeping of the last to leave the nest. There were dark and pale birds, presumably male and female. Mostly they stayed separate though in the same area. However I did get one shot of a pair on the top rail of a gate – suitably posed for a caption competition. So here are a few of the photos of miniature versions of what is already one of the UK’s smallest species. For size comparison, the stones are small gravel chips. 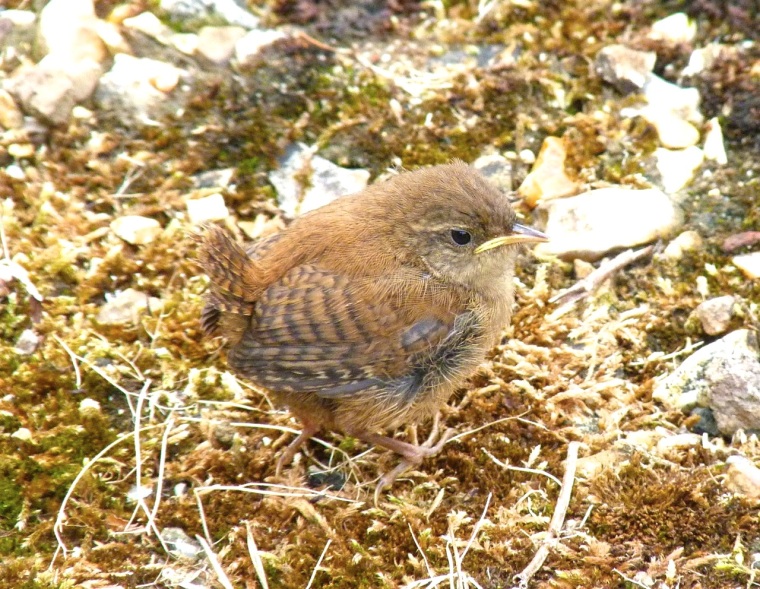 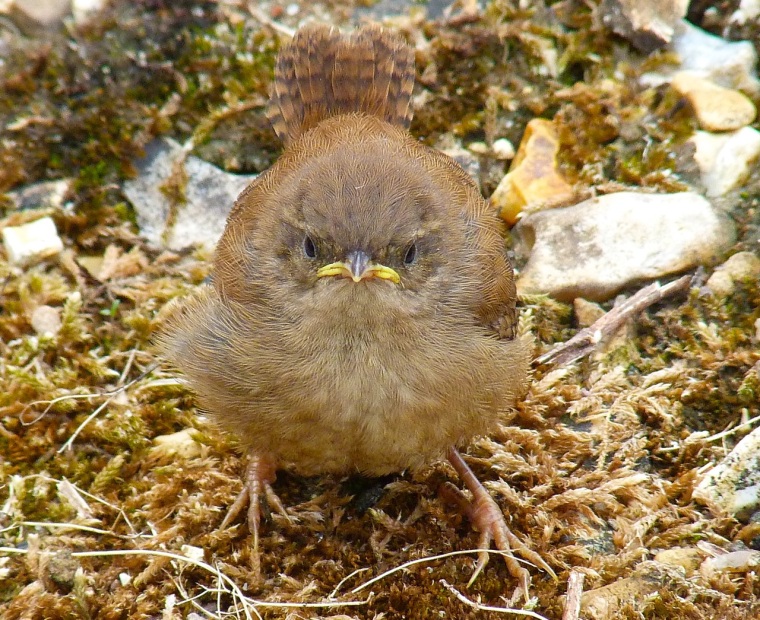 I tried to get some photos mid-cheep – surprisingly difficult to do. Mostly the attempts did not work out, but I quite liked this little fledgling having a squeak in the middle of an area of gravel