Closworth, a small village on the Somerset / Dorset border, has a fine church with c13 origins. The village itself is best known for its historical importance as a bell-foundry between the c16 and c18, originating with the Purdue family. Few traces of the foundry remain, but some notable bells survive from its earliest days, for example in Wells Cathedral.

A quick visit to the church revealed two items of interest for this blog: a fine early c17 tomb; and an agreeable but gnomon-less sundial of uncertain date.

The inscription on this lichened hamstone tomb is in leaded letters set into the stone and fixed. Not all have survived the intervening centuries. I have no idea how this was achieved, but presumably the lettering was first cut into the stone; and with the stone on a horizontal surface the lead was then added to fit the incisions, and pinned in place. The result is pleasingly rustic, with some ornamentation of the As and Hs. This type of inscription-work may not be particularly unusual, but seeing this ancient tomb dappled by sunlight on a spring day made it seem special. And I always enjoy ornamental dates. 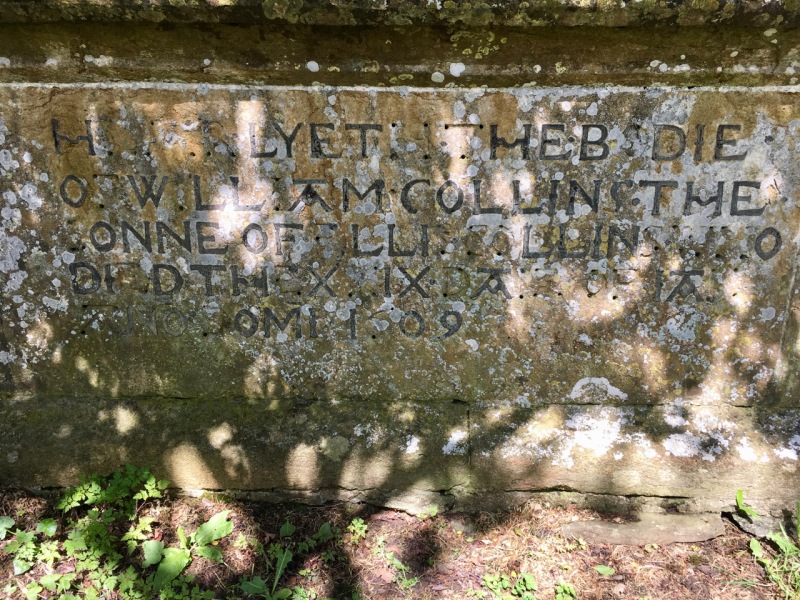 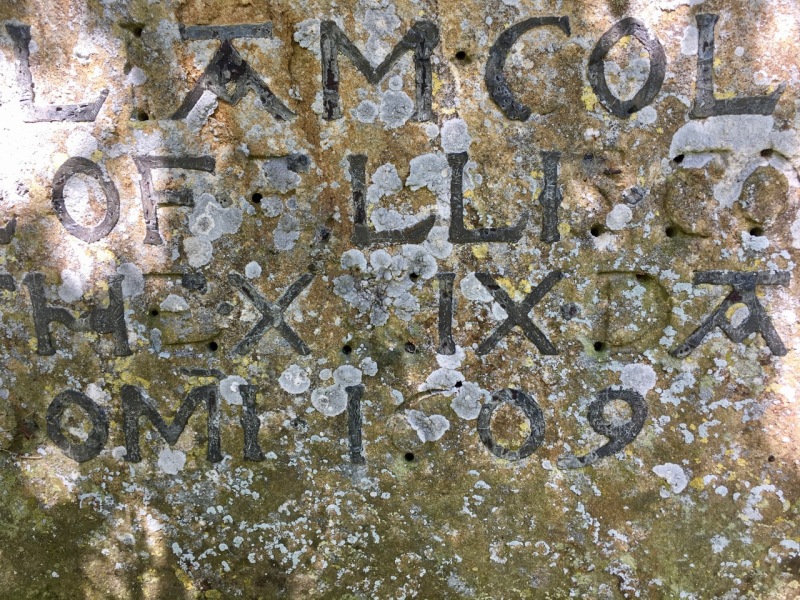 We didn’t notice the sundial on the way into the churchyard. Our attention had been drawn to a tall memorial to the other side of the path. On the way out, it was of course obvious – as was the lack of a gnomon. Like the tomb and the gateposts, the pillar appears to be made from the local hamstone. There isn’t much information to be gleaned from the dial itself. There’s no maker’s mark (though sometimes those are hidden on the underside of the plate). At a guess, it is c19, but any comments would be welcome. 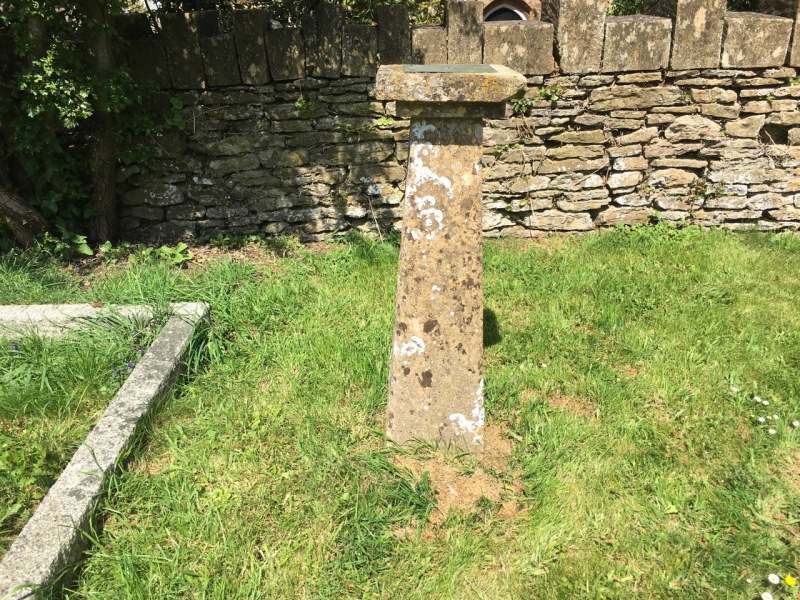 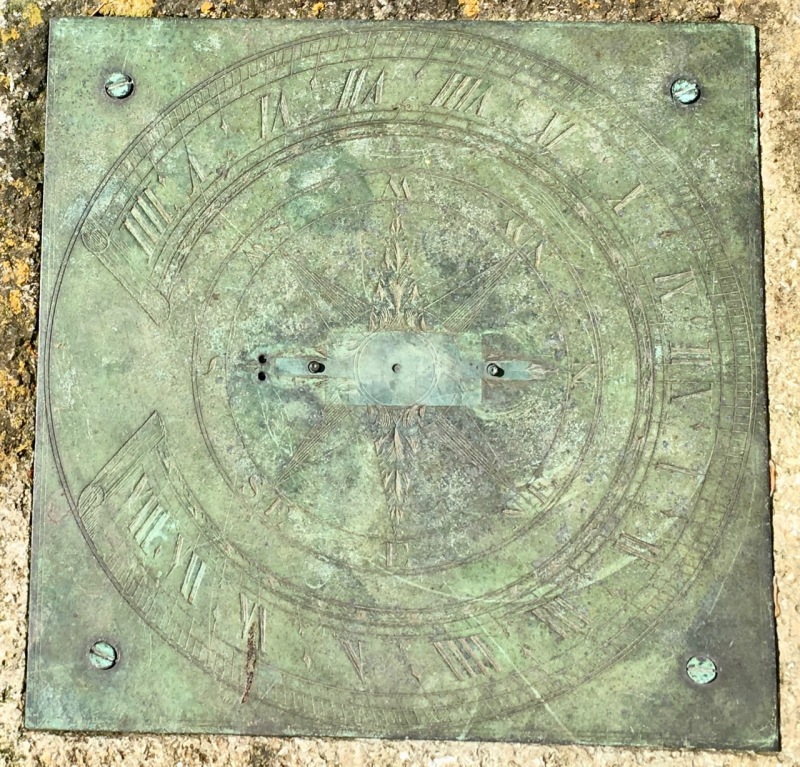